WHAT IS THE “CHILDREN WORLD TOUR”?

We are happy to be part of this wonderful project called Children World Tour. Two former students embark on this tour to work with children on issues of health care, sport, culture and the environment. 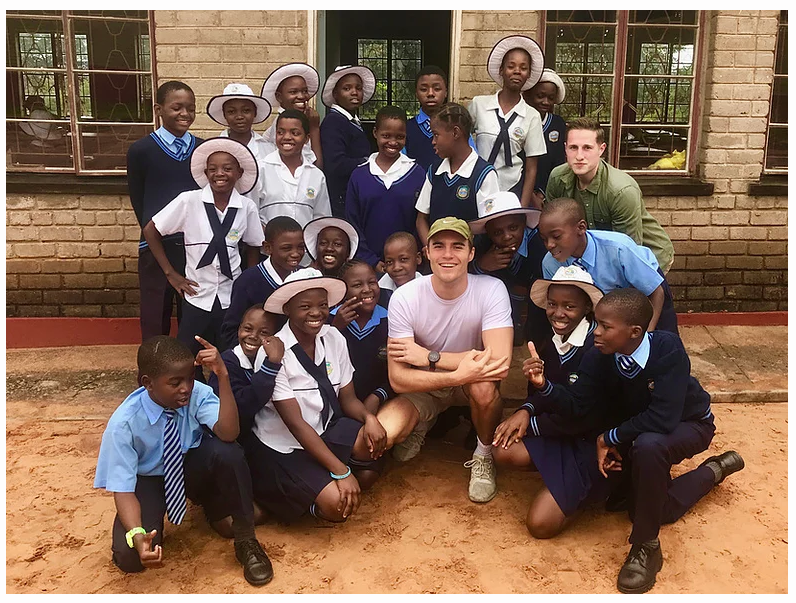 Two students who graduated from a BAC +5 in business school and specialized in market finance, Etienne & Thomas, who are currently 23 years old and are best friends, embark on this unique project born out of their three common passions: travel, sport and their devotion to humanitarian solidarity actions.

The two aforementioned people met at the EDHEC Business School in 2013, and together with 4 of their friends founded their first associative project: a culinary association named Black ‘n’ Cook in order to help the visually impaired.

WHAT IS THE MISSION OF TOUR?

On February 3rd, 2019, the two students began a tour of the world, from a humanitarian perspective, for a duration of 13 months, through 30 countries across 3 continents. The purpose of this project is to gain a better understanding of the issues that children face in the countries traveled to, and, in a personalized way, to engaged with disadvantaged populations around the world.

The long term impact that this trip hopes to achieve is to support the populations through aiding in the process of the children going to the schools, while engaging with the hospitals, the camps of refugees, the orphanages and other local sports associations.

From a cultural perspective, they are aiming to prepare and animate classes of English, French and geography, accommodate free cultural centers, donate tools for school and set up gardens to grow food.

The second issue they aim to work on is ecology. One of the focus of their initiative is to introduce, with urgency, the need of the hour as recycling. They will also work with the local population on sensitization them toward global warming, engage them in activities about how to preserve local fauna and flora and work toward instating a reforestation campaign.

Their third goal is health. Educating people on how to do for first aid, campaign to help people protect themselves against AIDS propagation, and donation of mosquito nets and drugs against malaria for pregnant women.

Their last objective is related to sports, with a focus on donation of equipment for tennis, football, dance etc…

They hope to obtain a partnership with some 20 different institutions, including four sport institutions. They clearly state that they do not want to establish contact with already existing European NGOs, because they want to specifically target and work with previously unaided populations.

A budget of 500 € minimum as well as any material donations sent will be provided to each country. The final amount will be determined based on the grants received.

Thanks to a partnership made in France with a primary school Equihen-Plage, we want to create a Children World Tour community where children from all over the world will be able to exchange ideas, learn, share and have a platform to foster and maintain growth, and continue to forge links even after the visit. 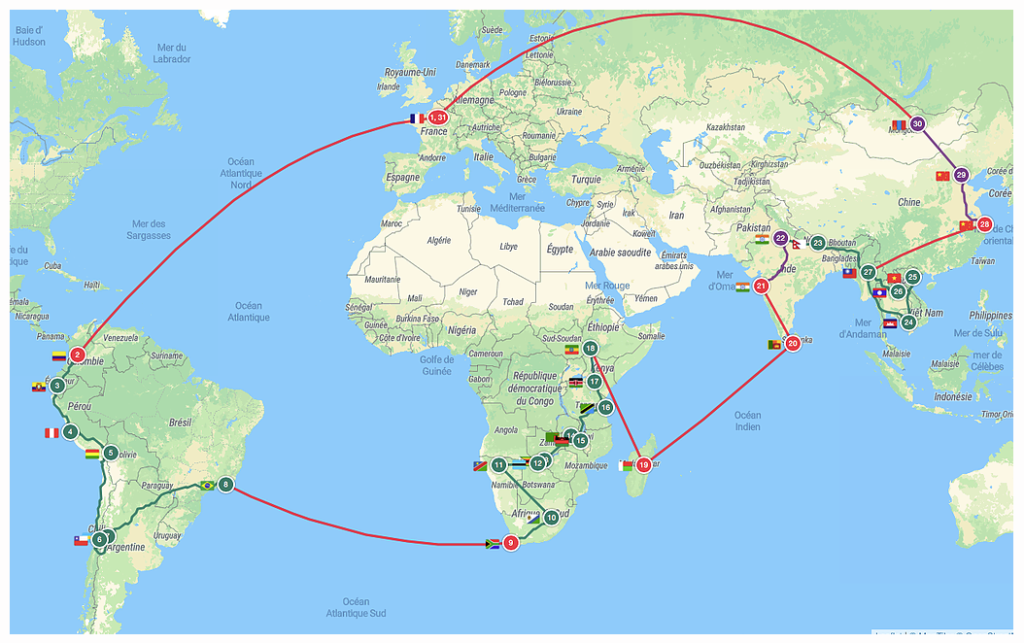 The goal of this trip being to reach a maximum of different populations, they made the decision to focus on the discovery of a small 30 countries rather than to stay longer and as a result of which have to then visit less countries. The average time spent in each country will be around 17 days.

The first mission of the 27 countries targeted by our project is their mission to Bogota, Colombia, which has come to an end. I After that they went to Ecuador, with the NGO, ECUASOL. The second part of the mission ended on Friday, February 22.

In this article they present to the partner institution their work done on site and the future of this association.

Watch the video made and published by them:

Find more information here about their work with ECUASOL:

In parallel with that they have also published an article: