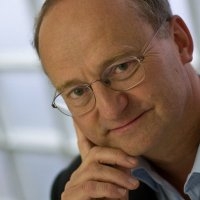 A graduate of Polytechnique, Benoît was President of Accenture France from 1995 to 2005. He created the Accenture Foundation, a precursor of skills sponsorship. Then, he founded the RSA (Revenu de Solidarité Active – Active Solidarity Income) with Martin Hirsch. He created the Amanjaya Foundation for Education under the aegis of the Fondation de France.

In 2008, he founded and chaired the NGO Passerelles Numériques, an association working in the field of education for disadvantaged young people to reduce the “digital divide” in South-East Asian countries.

He was awarded the Legion of Honour in 2009.

He joined the Strategy Commission of International Impact in 2019.