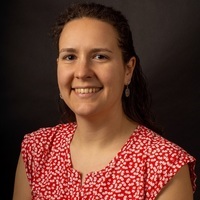 President of International Impact since December 2019, Hélène BLITTE, 33 years old, is a Doctor of Archaeology and is volunteer in the field of international solidarity for many years.

In 2008, she took part in her first short solidarity mission in Madagascar with the Guilde Européenne du Raid, then renewed the experience in 2012, within the Ecuasol program in Ecuador. Wishing to become more actively involved in this field, she quickly joined the Steering Committee of this Foundation and then became Head of Sponsorship from 2013 to 2019.

Sensitive to environmental protection, Hélène also carried out an eco-volunteer project with Cybelle Planète in 2010, during a mission to take a census of cetacean populations in the Mediterranean and measure the pollution present in the sea in order to understand the impact of Man on these animals. Ecology is very important to the company and that is why it is committed to reducing waste and eliminating plastics on a daily basis. It wishes to pass on these values to International Impact and to help it improve its environmental impact.

In 2013, she will be trained to design and set up a micro-project of international solidarity.

In 2017, Jean-Christophe CRESPEL, Founder of International Impact, proposes to Hélène to join the Board of Directors of his new structure. She accepts with enthusiasm and commitment. She will also be very active in setting up new Civic Service missions, contacting and visiting potential partners during her travels abroad (Benin, Morocco, Germany, Cuba). She will also promote the creation of the first missions related to archaeological heritage abroad with the Argentinean mission of Laguna Blanca, whose work is being developed in close collaboration with the local indigenous populations.

After having defended her thesis in 2015 at the Pantheon-Sorbonne University, she moved to Germany and then participated as a young researcher in a research project at the Goethe University in Frankfurt. She will then be the representative of International Impact Deutschland.

In 2020, Hélène undertakes her Archéodyssée, a world tour of social and community archaeology. She is going to meet the actors of development in connection with archaeological sites. This project is supported by International Impact and Patrimoine Sans Frontières.