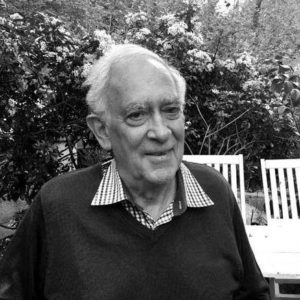 Co-founder of the television channel M6, engineer from the Ecole Centrale de Paris, but also graduated in Psychology, Sociology and History, Michel HUGUES has worked in communications throughout his career. He is a member of the Board of Directors of International Impact.

After a long career in the corporate world as a communications specialist, during which he was part of the trio that designed and launched the television channel M6, he worked for a dozen years in humanitarian action, intervening in Middle Eastern countries (Lebanon, Palestine, Iraq, Jordan), while at the same time working as a communications consultant.

He then specialised in mathematical modelling in Marketing and Communication.

Michel HUGUES also taught for some twenty years at universities (in Paris, Rennes, Beirut) and published several books in various fields of the Human Sciences, including a dictionary of sociology (Larousse), a treatise on linguistics (Larousse and Springer Verlag) and an essay on methodologies in the human and social sciences (published on Amazon Kindle).

After having also published various professional works in the field of communication, for which he was twice awarded the Prize of the Academy of Commercial Sciences, he started writing for the general public. His first book ” La Révolution du savoir-faire à la Renaissance ” (broadcast on Amazon Kindle) is based on his Master’s research work at EHESS, his second ” Genius ” is a technological thriller (Editions Mélibée, 2016).